It’s easy to think of Key West as a destination for partying, fishing and hanging out on vacation. But in fact, while serving as leader of the free world, President Harry Truman used Key West as his “southern office.”  The compound, dubbed “The Little White House,” hosted Presidents Taft, Truman, Eisenhower, Kennedy, Clinton and Carter.

None spent more time there than Truman, however; and his personality remains stamped on the property. The tour lasts less than an hour and caters to everyone from vacationers to history buffs, as well as students of human nature.

The Keys can even work their magic on a President, and it’s great fun to learn about Truman’s lifestyle when he was in residence. Figuring prominently in the tour guide’s story are surprising scenic drives, lengthy poker games and an absurdly tiny desk. The tour takes guests through the compound’s main house, weaving a colorful picture of the President’s life in Key West. (If you plan to take the last tour of the day, arrive early to spend time in the gift shop if you want some mementos of your vacation).

The compound that became Truman’s Little White house was originally built as a U.S. Naval command headquarters in 1890, during the Spanish American War. Converted to a single-family residence in 1911, this waterfront Key West attraction hosted President Taft in 1912 and then inventor Thomas Edison in 1918, who stayed there for six months while inventing war weapons.

During World War II, the headquarters saw heavy action while protecting Florida’s shipping straits. Beginning in 1946, President Truman used the house for a full 175 days as his Winter White House.

From that point forward, Truman returned again and again, taking a total of 11 working vacations there, which gave the property its nickname of the Little White House.
Truman’s entourage often expanded when he was in residence. In 1948, the Joint Chiefs of Staff met at the Little White House to create the Department of Defense, merging the Departments of War and Navy. That heady event was one of many, including the recognition of Israel, the Marshall Plan and the Truman Doctrine that changed American foreign policy. Truman also drafted a cease fire in Korea and an Equal Rights executive order within this house.

President Truman had a real love of the tropical lifestyle and somehow managed to blend his enormous responsibilities with a little enjoyment. After his presidency ended, he visited five more times.

President Eisenhower used this restful respite to recover from a heart attack, while John Kennedy weathered the stressful time prior to the Bay of Pigs with fellow leader British PM Harold MacMillan at The Little White House.

The Navy base was eventually renamed The Truman Annex in honor of the late president, but it was closed in 1974. After sitting empty for a dozen years, the property was saved in a unique real estate deal, in which a developer was allowed to create an upscale neighborhood in return for deeding the house and other portions of the property to the government.  The developer, a Mr. Singh, was responsible for the restoration of the house and grounds. Thankfully, The Little White House remains open and ready for you to tour it during your next vacation! 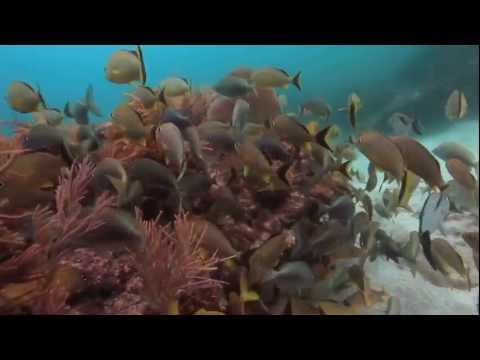