The 4 Most Popular Fall Vacation Destinations

Fall vacations are fun, in part because they’re different in character from summer vacations. Summer trips often can be scheduled with more flexibility. Give or take minor details, a beach or lake vacation, or Disney World® trip, is the same in July as it would be in June or August. But many fall vacations—at least regional fall vacations—tend to be driven by dates, events and occasions. Not to mention by Mother Nature’s foliage calendar.

OCTOBER IS “CROYSTER” MONTH ON THE CAPE: OK, there’s no such word as “Croyster.” It’s made up here to denote October as the month you want to visit Cape Cod if you happen to be an aficionado of cranberries or oysters. Oyster lovers can enjoy festivals up cape (the Cape Cod Oyster Festival, October 17-24 in Falmouth, highlighted by the high-end Oyster Grand Tasting on October 22) and down cape (the Wellfleet Oyster Festival, October 17-18, highlighted by a shucking contest.

October also is harvest month at 14,000 acres of cranberry bogs on the cape. Cape Cod Cranberry Day is observed October 3 in East Sandwich. The 12th annual Cranberry Harvest Celebration takes place October 10-11 in Wareham. And in Dennis, home of the first cultivated cranberries, descendants of Mayflower settlers and cranberry farmers for generations sell the fruit of historic bogs at Annie’s Crannies from Columbus Day through Veterans Day.

CELEBRATE THANKSGIVING AT PLYMOUTH ROCK: Just off the Cape, America’s Hometown Thanksgiving takes place every year in Plymouth, Massachusetts, the weekend before Thanksgiving falls on the calendar. The highlight is one of the nation’s premier Thanksgiving parades, which tells the story of American history beginning with the pilgrims’ landing here almost 400 years ago. Enjoy food, patriotic music, crafts and historical re-enactments throughout the weekend. And if you can manage to make it here during the weekdays leading up to the festival, you can enjoy historic tours of Plymouth—including Plymouth Rock—for free. Plymouth is on the Massachusetts mainland not far from the Sagamore Bridge.

SEE NEW ENGLAND FALL FOLIAGE BY RAIL: Maybe no region in the United States better combines the essential elements of autumn—crispness and color—than northern New England. Absorb the total experience on a leisurely and comfortable fall foliage tour on the Hobo Railroad. The round-trip steam engine tours depart twice daily through October 18, and October 24-25, from Lincoln, New Hampshire. Enjoy a Hobo Picnic Lunch, or get off the train and look around, at a brief stop-off on the 80-minute tour through the peerless palette along the Pemigewasset River.

ENJOY SKITOBERFEST: The slopes are mostly still green or brown, but it’s not too early to think about skiing. And it’s October, so who needs an excuse for celebrating? Skitoberfest is the Boyne Mountain “take” on Oktoberfest celebrations—in 2015 on October 3. This free event is all-day and family-friendly. There’s live music food, drinks, a biergarten, and all kinds of games and attractions. There’s a parade and bonfire. There’s a major expo featuring the latest ski gear and apparel (with demonstrations and giveaways). There’s a Slush Cup-style event and a snowboarding Rail Jam—Boyne provides the environment. There’s a kids zone with treats, face painting and a petting zoo. There’s even an 21-and-older after party till 2 a.m. at the Snowflake Lounge, where things can “go downhill” fast.

ZIPLINE THROUGH A CANOPY OF COLOR: If you can’t make it to Boyne the weekend of Skitoberfest, there’s plenty to do the rest of October. They include the Zipline Adventure—spectacular year round but truly special in the fall.There’s also the opportunity for rounds of exhilarating fall golf.

PLAY BALL! IT’S ARIZONA FALL LEAGUE TIME: Baseball insiders all agree that fresh young stars across the major leagues are ushering the sport to a new golden age. And that right behind them are even more prospects who have dominated the minors and await their chance. The six best prospects from every major league organization compose the six teams that play in the Arizona Fall League. The teams play six days a week (no games Sundays) at spring training stadiums in the Phoenix suburbs from October 13 through November 19. The championship game is November 21. Three teams are based in Scottsdale, the others in Glendale, Mesa and Peoria.

Come get an early glimpse of guys in the “on-deck circle” to stardom. 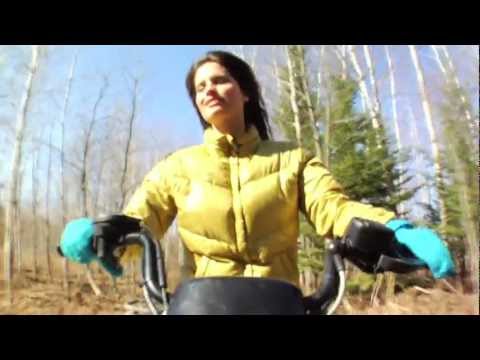