Most recreational or vacation travelers to Phoenix fill their itineraries with the customary activities—hiking area parks, indulging in dining and nightlife, taking day trips to Sedona or the Grand Canyon.

An increasing number of tourists now also don’t want to leave Arizona without going to see the piano that John Lennon used to compose “imagine.”

That Steinway upright gets a lot of attention, but there’s a lot more to see and hear at Musical Instrument Museum, or MIM. The 200,000-square-foot museum in the Sonoran suburbs northeast of downtown is the largest of its kind in the world. And TripAdvisor users rate it the No. 1 attraction in Phoenix because it’s also the most comprehensive museum of its kind.

MIM houses more than 15,000 instruments that reflect the cultures of almost 200 countries and every continent except Antarctica. Exhibits include contemporary items and artifacts, from Appalachian dulcimers to zithers, from a six-bell ensemble produced in 1659 by the father of the modern carillon to Taylor Swift’s Gibson Les Paul. MIM has collected instruments from the world’s greatest stages and remotest jungles. Your experience will be equally fascinating whether you’re an anthropologist or a Beatlemaniac.

Lennon’s piano is on display through July 2016 in the Artist Gallery, one of four galleries that share the museum’s first floor with a café, gift shop and 300-seat performance theater. The Artists Gallery is a collection of instruments, wardrobes and other artifacts honoring musical legends of all genres—and generations.

In addition to the exhibit honoring Swift, various displays include the guitars of Elvis Presley, Eric Clapton, Carlos Santana, Paul Simon and George Benson; a cello of the world-acclaimed Pablo Casals; and stage wardrobe of Pavarotti and other stars of the Metropolitan Opera.

Also on the first floor, the Mechanical Music Gallery features player pianos, music boxes and other mechanical and self-playing instruments popular across the United States and Europe in the 19th and early 20th centuries.

But visitors come to MIM to do more than see and, in most cases, hear instruments. In the Experience Gallery, children and adults get to play the instruments. The display changes regularly. You might strum a harp on one visit and experiment with Polynesian percussion on the next.

The Conservation Lab, on the first floor is physically off limits to museum-goers but functions as a gallery nonetheless. From the other side of a large display window, visitors watch highly skilled technicians preserve, repair and maintain items in the museum collections. So skilled are those technicians that in 2011, Elvis Presley Enterprises entrusted MIM with the restoration of a 1975 Martin D-28 acoustic— one of the guitars Presley played in his final concert.
The Target Gallery, meanwhile, is the site of traveling collections, special events and other attractions and activities not related to the permanent collections.

Also the first floor, the MIM Music Theater offers an array of concerts featuring musicians from around the globe. Acts at the MIM represent a range of commercial statures and the very gamut of musical genres.

The entire second floor of the museum is dedicated to five Geographical Galleries—Africa/Middle East, Asia/Oceania, Europe, Latin America and United States/Canada.. These exhibits house as diverse an assortment of musical instruments as you might find anywhere on the planet.

Phoenix is not desert wasteland, but it is in the desert. And in the sense that you could roam Phoenix for hours and not find such a collection of beautiful sounds in one venue, Musical Instrument Museum truly is a sonic oasis.

Top 10 Things to Do in Las Vegas

Chapel of the Holy Cross in Sedona 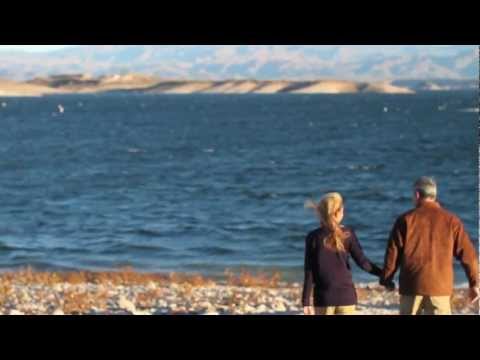