Guide to the Homes of Our Early Presidents

Some of the most famous early U.S. leaders owned homes that are now top vacation attractions for modern history buffs. If you are taking a vacation to Virginia, Tennessee or Pennsylvania, visit a President’s past home for a memorable historic experience of your own.

Thomas Jefferson once famously exclaimed, “I cannot live without books.” And the still overflowing library of Monticello shows his love for reading. The man, known for inventing, installed many unique devices in his mountaintop home, including a clock in the front entrance hall telling time and days of the week along with a revolving bookstand.

His passion for gardening and planting still lives on at his “little mountain” through the Thomas Jefferson Center for Historic Plants. Tufton Farm, which is located within close proximity to Monticello and is home to the Center, sponsors many educational programs while focusing on 19th century heirloom plant varieties. At the base of Monticello, a newer attraction teaches visitors about the world of Thomas Jefferson and his contemporaries. The Thomas Jefferson Visitor Center and Smith Education Center has exhibits, including films and hands on learning tools, for the whole family. In the Griffin Discovery Room, children under 12 will view replicas of items in Monticello. They also have the opportunity to write on a polygraph copying machine like the one Thomas Jefferson owned, learn how to weave, or play with 18th century games and clothes, among other activities. Garden tours and holiday tours are available during your historic vacation.

George Washington’s home at Ferry Farm in Fredericksburg covers about 80 acres nestled on the Rappahannock River and includes many walking trails for visitors to enjoy. Imagine walking along the same grounds where our first president was raised along with his brothers and sisters. It is along the Rappahannock that George Washington earned his reputation for an amazing ability to throw stones lengthy distances. His birthday celebration also includes the annual stone throw challenge at the Farm. The participant who throws a stone across the Rappahannock River will win a prize.

A President’s Home in Tennessee

If you are in Tennessee and want to learn more about Andrew “Old Hickory” Jackson, a visit to our seventh president’s still- intact plantation, The Hermitage, is worth the trip. Its amenities include a site-wide audio tour that interprets over 40 spots on the property along with a horse-drawn wagon tour highlighting the lives of the slaves who lived there. There is also a 1-acre formal garden containing the tomb of Andrew and Rachel Jackson and the Jackson cemetery that visitors can explore. Jackson was a transformative figure in U.S. history, and as an advocate for modernization, he’d be proud of the technology behind many exhibits at The Hermitage.

A President’s Home in Pennsylvania

While Gettysburg is a hotbed for Civil War history, it was also where President Dwight D. Eisenhower and his wife Mamie made their home and cattle farm. Their house, adjacent to the Gettysburg Battlefield, still contains 90 percent of the items the Eisenhowers used during their lifetimes. The tour also includes an exhibit on President Eisenhower’s World War II experience, along with the weapons and clothing used by the men fighting under his command. Guests can visit the still-working farm where President Eisenhower raised Angus Beef Cattle, and cultivated sustainable soil usage methods. “When President Eisenhower had heads of state to his home, he showed them his cattle, and explained his methods of soil conservation,” said Park Ranger Lemmers.

In a bow to the Cold War tensions during Eisenhower’s presidency, visitors to the home between the ages of 7 and 12 have the opportunity to earn their Junior Secret Service Agent privileges. If they answer a few historical questions in a pamphlet available on arrival at the home and successfully face some challenges, the new Junior Agent is awarded a badge and certificate. Yearly events at the park may be occurring while you are on your,vacation, including a weekend in September featuring the living history experience of World War II veterans. 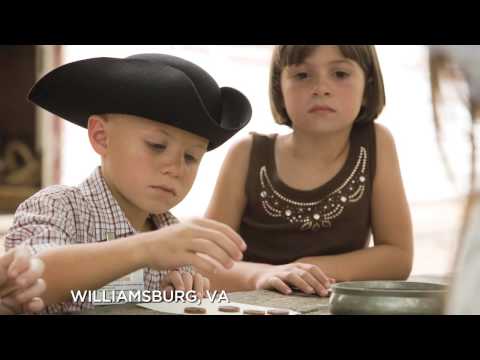