When Texas Dolly, the Mouth, the Magician and the Unabomber, the Grinder (Big Blind) and the Devilfish (Small Blind) sit down together, cowboys might be the nut, but those sailboats could look good with a four on the river.

If that sentence made sense to you, then you are already immersed in the language, the magic and the history of Texas Hold ‘Em, the 100-year-old overnight sensation that has created an online industry, revitalized casino gaming, and made nicknames cool. On the other hand, if you reread that sentence twice and still don’t get it, read on. You’re in for a brief course in a deceptively simple-to-learn game that few will ever master. Pack your bags and vacation in Las Vegas, Atlantic City, New Orleans and more!

Texas Hold ‘Em actually appears to have originated in Texas. Many believe it was first played in Robstown, in the earliest years of last century. By 1925, it was being played in Dallas. From there, it moved along to Las Vegas, a favorite of Texas gamblers including the legendary Doyle Brunson (the aforementioned Texas Dolly), Crandell Addington and Amarillo Slim.

Benny Binion gets credit for the game’s first wave of popularity. He featured it in Binion’s Horseshoe Hotel & Casino’s 1972 World Series of Poker tournament, where eight players squared off for the no-limit competition. Ten years later, 100 players registered to play. In 2003, some 839 players competed, but that year marked a turning point in No Limit Texas Hold ‘Em history. When a young man named Chris Moneymaker won a series of online tournaments to earn his seat in Binion’s tournament and emerged as the winner before a vast TV audience, the Texas Hold ‘Em dream caught fire. Any talented amateur could do what Moneymaker had done—earn a world title, become an instant TV celebrity, and win a flashy bracelet and a serious pile of money.

How much money? In 2013, Ryan Riess, a 23-year-old with a Hospitality degree from Michigan State University, won $8.3 million.

The other prize that comes along with Texas Hold ‘Em greatness is often a nickname and most of the pros have one. The entire game (or sport as some prefer to call it) is fraught with nicknames, which makes the game’s language as colorful and as indecipherable as any! Go back and re-read the first sentence of this article. Now, here’s the translation: When Doyle Brunson, Mike Matusow, Antonio Esfandiari, Phil Laak, Michael Mizrachi and Dave Ulliott sit down together, a pair of kings might be the highest hand, but a pair of fours could look good if another four is turned up.

How to Play Texas Hold ‘Em

Many who play say it’s a snap to learn how to play Texas Hold ‘Em. The object is to make the best five-card poker hand from a total of seven cards—two in your hand and five that all players have in common. A hand begins when each competing player is dealt two cards face down. There’s a round of betting, followed by three cards (referred to as “the flop”) dealt to the center of the table, where they are community cards. There’s another round of betting, then another card is dealt to the center of the table (“the turn”). After another round of betting, the fifth common card is dealt (“the river”) and final bets are made, after which players reveal their hands. That’s how you play Texas Hold ‘Em!

However, before you take your seat at the World Series of Poker, you need to play a few thousand hands to learn the endless subtleties that have made Texas Hold ‘Em skyrocket in popularity. All the free practice you want is available at a number of online sites. We recommend visiting them before you pull up to a table. Among the best are www.fulltiltpoker.net and www.pokerstars.net.

In time, you’ll be ready for Texas Hold ‘Em. Once you’re ready to visit a casino or poker room, we recommend starting off at a table where rules limit bets to $2 to $4. You have to start somewhere, but who knows? You might end up with a bracelet, a fortune and  worldwide fame for winning the World Series of Poker.

Then all you’d need is a nickname. How about, simply, ‘Ace’? 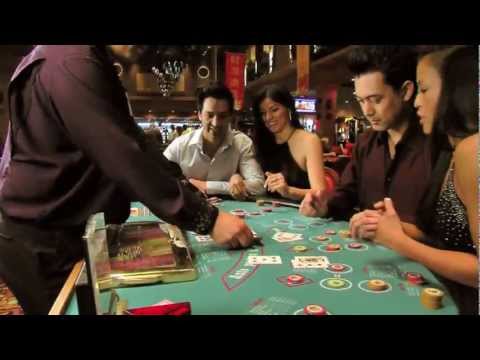