Strolling around Jamestown, Virginia can really give you a sense of life in early colonial America. Two main attractions await to transport you to America’s distant past: Historic Jamestowne, a cultural heritage site which is part of the Colonial National Historic Park, and Jamestown Settlement, a living history museum just a mile away which is operated in conjunction with the Commonwealth of Virginia. Both afford the opportunity to walk in the steps of Captain John Smith and Pocahontas, and explore America’s beginnings.

Jamestowne With an “e”

During the 16th and 17th centuries,countries competed to establish colonies in the “New World.” One of the English attempts resulted in the first permanent British settlement at Jamestown in 1607. “James Towne,” or “Jamestowne,” is located on the James River in the Commonwealth of Virginia. The site is about 40 miles inland and about 45 miles southeast of the current state capital. Both the river and the settlement were named after the ruling King James I of England.

The location at Jamestown Island was selected because it offered a favorable strategic defensive position against other European forces that might approach by water, and because the local Indians did not inhabit the area. However, the site was swampy and plagued by mosquitoes.

Despite the leadership of John Smith and Chaplain Robert Hunt, starvation, increasingly hostile relations with local Indian tribes and a lack of profitable exports all threatened the settlers’ survival. Colonist John Rolfe, however, introduced tobacco, which became the colony’s first successful export in 1612, and the financial outlook for the colony soon improved. In 1614, Rolfe married Pocahontas, daughter of Wahunsenacawh, Chief of the Powhatan Confederacy, and a period of peace between the colonists and the Indians began. In 1616, Rolf and his wife made a good will trip to England, where Pocahontas was received as royalty. In 1619, the arrival of Africans was recorded, marking the origin of slavery in English North America.

Digging up the Past in Jamestown

In the 1990s, a major archaeological campaign was begun by the Association for the Preservation of Virginia Antiquities to search for “the first years of settlement at Jamestown, especially of the earliest fortified town; [and the] subsequent growth and development of the town.” From the beginning, the project discovered early colonial artifacts—a pleasant surprise to many who thought the Old Town had been entirely lost due to erosion caused by the nearby James River. Since the project’s beginning, the archaeological campaign has made amazing discoveries, including thousands of artifacts, many of which date from the first few years of the settlement. In addition, it has uncovered much of the fort, the remains of several houses and wells, a palisade wall line attached to the fort and the graves of several of the early settlers.

The artifacts, ongoing excavations and foundations of buildings that formed both Old Town and New Town are open to the public every day except Thanksgiving, Christmas and New Year’s Day.

Jamestown Settlement: A Great Place to Learn All About Jamestown

The nearby Jamestown Settlement is the perfect complement to Historic Jamestown, where the story of Jamestown is told through a state-of-the-art museum, plus a movie, exhibits and living history displays. Visitors can also board replicas of the three ships that sailed from England to Virginia in 1607, explore life-size re-creations of the colonists’ fort and visit a Powhatan village like Werowocomoco – Virginia’s original “capital” city and the principal residence of the Powhatan chiefs, including Wahunsenacawh, father of Pocahontas. Jamestown Settlement is open daily from 9 a.m. until 5 p.m. except for Christmas and New Year’s Day. It’s an engaging and fun way to learn about the beginnings of our country.

The Two Worlds of Busch Gardens 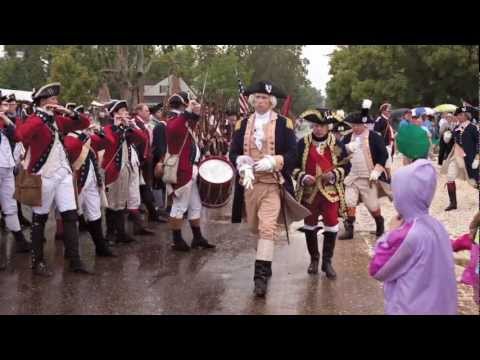