Celebrating Carnival in the Caribbean

Mention the Caribbean island of Aruba, and most of us think of a peaceful haven of beautiful white sand beaches bathed in year-long sunshine. But during the winter months of January and February, this lovely sunny island is transformed into a vibrant world of color, music and dance when it hosts one of the most magical carnivals in the Caribbean. If you’ve planned a Bluegreen Vacations getaway to La Cabana Beach Resort & Casino during January or February, get ready to take part in a Carnival to remember.

About Carnival in the Caribbean

Carnivals such as these have been held all over the world for centuries, marking a period of celebration before Lent on the Christian calendar. It became popular in Aruba after the arrival of Trinidadian immigrants who came looking for work on the island in the 1940s, but over time it has taken on many different influences. Aruba is only 21 miles long but it boasts a dazzling 79 different nationalities who call it home, and this is reflected in the diversity and cultural color of the festival. It has grown to be the biggest event of the year on the island and is a wonderful spectacle of street parties (called ‘jump-ups’), parades and competitions.

Festivities span the whole island, with all the major attractions being held in the capital Oranjestad and San Nicolas, 10 miles to the south. La Cabana Beach Resort & Casino, located in Oranjestad at Eagle Beach, is a perfect location for you to catch the best of the festival. Join in the fun by voting in contests, joining street parties, or simply watching the hundreds of costumed dancers and colorful floats pass by during the parades.

The parades are the lifeblood of the festival and really are ‘not to miss’ events. They include the exotic nighttime Tivoli Lighting Parade, where revelers wear huge headdresses and vibrant costumes covered in small lights. During the Children’s Parade, hundreds of children dance along the streets in color coordinated troupes, often in the traditional colors of bright yellow (celebrating a bountiful harvest) and red (representing fire), enhanced with glitter, beads, sequins, and feathers. There is also a Balloon Parade in San Nicolas, where children ride bikes and go-karts, decorated with balloons.

The largest of the parades is the Grand Parade, held on the last Sunday before Lent. Dozens of beautiful women dressed as exotic birds dance by, along with Mexican dance troupes, men with butterfly wings, steel bands, marching bands, all carried along in the throng of bodies and feathers by extraordinarily decorated floats adorned with thrones, huge wings and massive colorful animal and bird effigies. The sheer amount of color and energy will take your breath away.

A key feature of the carnival is also its tradition of the ‘jump up’ street parties, where locals spontaneously set up stalls and music spots along the streets. The largest of these is called the “Pajama Party” or Jouvert Morning. The fun starts in the early hours of the morning and features local music bands.

Live music is also central to the festival and is featured in a host of contests. Calypso composers compete to create the most provocative social commentary, Roadmarch and Brassband musicians entertain with upbeat carnival music and Tumba musicians play traditional, drum-driven sounds.

The biggest competition of all however is the election of the Carnival Queen. Contests are held to choose finalists well before the start of the festival and many hours are spent making beautiful, extravagant dresses for contestants. The Queen is elected at the beginning of the carnival and on election day, tourists are also given the chance to vote. The Queen can be seen leading the street parades in all her finery.

The carnival ends on the eve of Ash Wednesday, with the midnight burning of King Momo, a life-size effigy of the spirit of the Carnival, signaling the end of the carnival.

For those of you wanting to get away from the party atmosphere for a while, there are plenty of other attractions and activities. Aruba’s climate makes it a perfect spot for wildlife farms—including a Butterfly Farm, located in a beautiful tropical garden. For the more adventurous, there are horseback riding treks, mountain bike rides, deep sea fishing trips and Jeep® safari tours, to mention only a few of the activities the island has to offer. Remember, the island is just 21 miles long. That means everything is easily accessible from La Cabana Beach Resort & Casino! 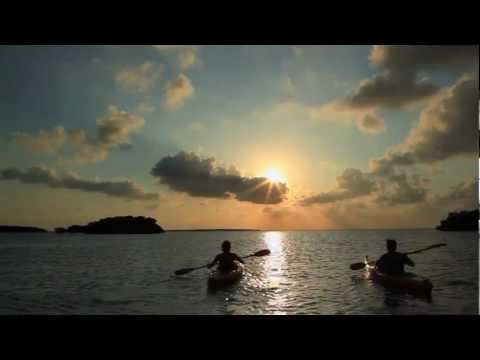