The history and evolution of the Hershey Bears hockey team dates back to the early 1930’s. Hockey pucks first slid across the ice in Hershey during the depths of the Depression. After amateur hockey matches attracted sellout crowds, Milton S. Hershey, founder of Hershey’s milk chocolate bar and John B. Sollenberger, his longtime entertainment and amusements chief, determined that the sport was here to stay. The Hershey B’ars ice hockey team was born in 1932 and sponsored by these two men. The team donned the famous Hershey Bar colors of chocolate brown, tan, cocoa and white. It has since become a staple sport for Hershey residents, as well as vacationers in Hershey, to watch.

During the 1930s, the PA hockey team was first known as the “Chocolate B’ars” (1933-1934) and then again as the “B’ars” (1934-1936). The brutal New York Sports press criticized the squad’s team name and called it “too commercial.” This criticism prompted the owners to finally change the team name to the “Hershey Bears” in 1936. After first slapping pucks at the famed Ice Palace, the Bears moved to the newly constructed 7,286-seat Hershey Sports Arena (later referred to as Hersheypark Arena) on December 19, 1936. The Bears called this arena home for over seven decades, playing 2,280 regular season and playoff games from 1936 to 2002.

For most of the 1930s, the Hershey Bears played in the Tri-State Hockey League and later the Eastern Amateur Hockey League. In 1938, the Bears officially joined the American Hockey League. AHL Hockey traces its routes to the Canadian-American Hockey League founded in 1926 and the first International Hockey League established in 1929. Today AHL serves as the development league for the National Hockey League and today has grown to 30 team. The Bears have been affiliates of several NHL teams since 1938, often blending minor leaguers from two different organizations at once. Their first association in 1938 was with the Boston Bruins, and they’ve been primary or secondary affiliates of the Bruins for 25 seasons. They’ve also had relationships with the Detroit Red Wings, Pittsburgh Penguins, Buffalo Sabres, Washington Capitals, Quebec Nordiques,  Philadelphia Flyers, Colorado Avalanche and Tampa Lightning. Since 2005, they’ve been exclusively the affiliate of the Capitals.  One of the Bears’ most successful coaches, Bruce Boudreau, was promoted by the Capitals to his first NHL head coaching position two seasons after leading Hershey to the 2006 Calder Cup, of 11 such league championship trophies the Bears have won.

The Hershey Bears’ official mascot is a furry brown bear named Coco. He sports the team’s home jersey and dons a white hockey helmet. Coco made his debut on October 14, 1978 at HERSHEYPARK Arena. The Hershey Bears remain AHL Hockey’s longest running and most successful franchise. The Bears have amassed 6 regular season titles, 14 Division Championships, 21 Conference Championships, and 11 Calder Cups. After a long stint at Hersheypark Arena, the Bears moved into the $65 million Giant Center in 2002. The ice hockey arena is equipped with 10,500 seats and 40 luxury suites. Today, nearly a quarter of a million Pennsylvania hockey fans annually come out to support the Hershey Bears at the Giant Center.

Hockey is a thrilling spectator sport even at the high minor league level. Few franchises in all of hockey, including the NHL outside the Original Six, enjoy a pedigree like the Hershey Bears. Taking in a game is well worth an evening of your next autumn, winter or spring visit or vacation to  Hershey or elsewhere in central Pennsylvania.

A Sweet 4th of July in Hershey

Children’s Museum of the Lowcountry

Fenicci’s of Hershey in Hershey, PA 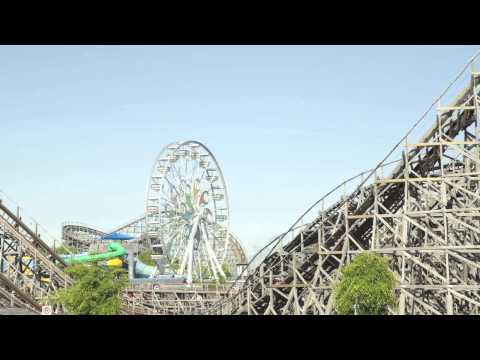