Nothing says relaxation more than the iconic image of a hammock. Especially on a vacation. Invented out of necessity in the steamy tropics, and once woven from the bark of the Hamack tree, this swinging invention got a serious upgrade from an ingenious Pawleys Island waterman. Riverboat captain Joshua John Ward spent his days ferrying supplies and rice from the state’s thriving plantations to Georgetown and Waverly Mills in the late 1800s. Not unlike the Bahamians (whose hammocks Christopher Columbus introduced to Europe), Ward needed a bed that would breathe on sultry nights: trying to sleep on his vessel’s lumpy grass-filled mattresses was far too uncomfortable. The clever captain thus turned his attention to cotton rope, and created a soft, breathable bed that offset the Carolina heat, made use of the breeze, and lifted its lucky inhabitant far above bothersome small critters. The bonus, of course, was that the captain’s version of the hammock was lightweight, portable and took up  little space.

Today, The Original Hammock Shop in Pawleys Island anchors the spot where Ward’s first cotton rope hammocks were sold. The captain’s hand-woven hammocks are still made in the Carolinas using his original design, and have become world-famous. Although the company has a large plant in North Carolina, where craftsmen weave Original Hammocks, the Pawleys Island site has a special out-building that shows the process up close. “That’s where Harry and Marvin work, the two weavers,” says office manager Janet Burton, of the small space where visitors can watch the 19th Century hammock-making process. “It was actually the original place where they started making them.”

The retail shop itself started as a tearoom that Capt. Ward’s daughter, Miss Betty, ran for him, explains Burton. “They started selling a few items, lacy towels and handcrafted things like that,” she says. Then it just “grew into bigger things.” Indeed. Since 1989, The Original Hammock Shop has offered the captain’s clever and comfortable hand-woven design, which embodies the laid-back elegance of this section of the South Carolina lowcountry. In addition to a hammock made of cotton rope, the store also offers a synthetic version, which is more weather resistant.

Visitors find the entire Hammock Shop at Pawleys Island inviting. Several unique boutiques and restaurants offer everything from resort wear to tantalizing regional cuisine. This is a perfect place to leisurely spend a morning or afternoon. And later, when you find yourself needing to recreate the serenity of your own vacation with a little Lowcountry-style snooze, your very own cozy, cotton hammock will be the perfect place in which to do it.

The Original Hammock Shop
Pawleys Island, South Carolina
10880
Before you share, please note that this article may contain outdated information.
Share This Article

Off the Beaten Path in Myrtle Beach 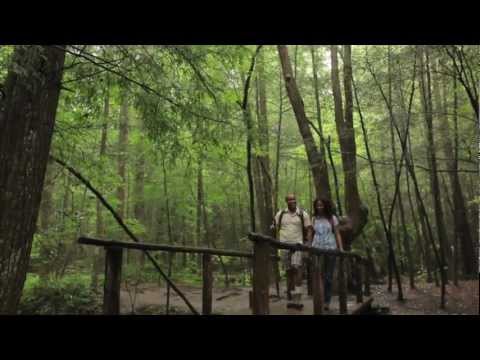 Outdoor Activities With The Family