Angel Oak – The Oldest Living Thing East of the Rockies

When you’re staying at the Bluegreen’s Lodge Alley Inn in Charleston, you’ll be surrounded by history. Once you’ve soaked up the architectural beauty and rich history of the city, head to nearby John’s Island to see the oldest living thing east of the Rockies – Angel Oak.

Known as Angel Oak, the live oak tree which has its own park is estimated to be 1,500 years old, pre-dating Columbus by 1,000 years! Tucked into a wooded area off Bohicket Road, not too far from Highway 17, the Angel Oak tree will simply take your breath away. Its quiet majesty shades the tiny park it dominates; it will be quite a while before you forget the 160 foot span of Angel Oak’s massive branches. Her circumference is a whopping 25 feet, and she covers 17,000 square feet of ground.

Take your camera, and get ready to be wowed during this Bluegreen vacation trip. The small park has a few picnic tables, and a tiny gift shop where you can purchase a memento. But the reason to go is simply to stand underneath the tree and contemplate all that it has withstood, the history that has passed since it sprouted.

The History Of Angel Oak

The Tree, as locals call it, bears a family name. The first recorded ownership was in 1717, when one Abrahama Waight received the tree as part of a small land grant. During four generations of being in the Waight family, it once was made part of a marriage settlement to a Waight daughter, who married a man named Justus Angel. The City of Charleston acquired the land in 1991 and now maintains the tree and the park.

Many believe that the forest which surrounded Angel Oak is part of the reason it has withstood the centuries, even surviving the brutal blow of Hurricane Hugo in 1989. The forest also provides moisture and drainage, while filtering pollutants before they can reach Angel Oak’s roots. Nearby developments approved by the City of Charleston in 2009 have naysayers predicting the early “natural” demise of the tree, without its surrounding forest. So despite this magnificent tree’s long history, it could possibly be better to visit it on your next Bluegreen vacation to Charleston, rather than postpone.

During spring and summer numerous cultural events are scheduled at the tree site, including the Evening Under the Angel Oak series, which includes live music and theater presentations. During historic Charleston’s famed Spoleto arts festival (a popular attraction for Bluegreen owners across the country), which occurs late May/early June, Angel Oak is also incorporated into the program as a venue, surely the most dramatic of all.

If you’re staying at Lodge Alley Inn that time of year, be sure to check the Spoleto website to see events which might be occurring there, or ask at the Inn. One year, the entire Charleston Ballet Company performed underneath its massive branches. Choreographer Jill Bahr is quoted as saying she was amazed to find that the entire dance company – 19 strong – could hide behind the trunk of a single tree.

Angel Oak is a live oak (quercus virginiana), a native species to coastal Carolina’s lowcountry. Her largest branch is a whopping eighty-nine feet long, with a circumference of 11.25 feet. Just imagine how many creatures have lived in a tree this size over the course of 1500 years. A look at the ground is also inspiring: thousands upon thousands of acorns lie about in tribute to their host.

Free Things to Do in Charleston 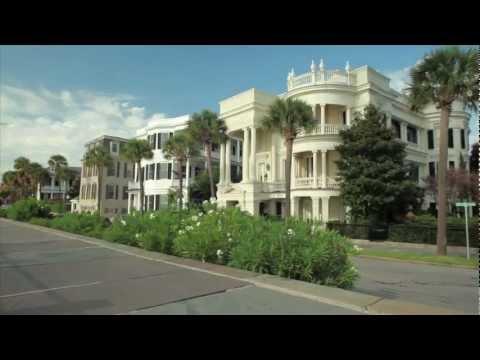