Top Free Things to Do in NYC

Start spreading the news. You can spend quality time seeing the sights of New York, New York without spending much money.

If you’re planning your getaway and worry you might not be able to supplement big-ticket attractions like Broadway shows and fine dining with more reasonably priced outings, you can stop worrying. Here are five fun free things to do in NYC on any vacation, any time of the year.

Read on. Your little town blues soon will be melting away.

Bring your kids to a brewery? Yes, children indeed are welcome to join adult family members or legal guardians on Saturdays and Sundays for free weekend tours of the quirky and highly successful Brooklyn Brewery in the trendy Williamsburg neighborhood. The maker of Brooklyn Lager and myriad other brews—including one-time only limited Brewmaster’s Reserve-brand drafts released three times a year—this brewery is takes extraordinary steps in the name of family-friendliness and fun.

Not only is bringing your own food allowed, but ordering local delivery is encouraged. If you can’t find a seat in the tasting room, it’s OK to plop down on a bag of barley. And if you’re running low back home on spent grain—and who isn’t?—just help yourself. It’s left out periodically in big drums, first come, first serve, and the brewers send out alerts on social media. (Actually, spent grain is great for pet nutrition, baking flour, even fertilizer).

But don’t be fooled by the brewery’s intimate, we-need-your-business grassroots feel. The guys in charge know marketing. In just over two decades, this former startup has played a singular role in elevating the entire microbrew industry, and has been in step with—if not a step ahead of—Brooklyn’s recent renaissance from bleak to chic. And they clearly know beer. Brewmaster Garrett Oliver has written and lectured extensively on all aspects of the subject including appropriate food pairings. He’s editor-in-chief of the Oxford Beer companion.

Have other weekend plans? The brewery also offers “Small Batch” tours, tasting sessions and Q-and-As on Monday through Thursday. These tours are reservation only and limited to 30 people. Children under 21 are conditionally admitted to these events, too, but will be charged the same $10 fee as adults. The tour entitles each guest to a guided tour of the brewhouse and packaging room, complete history lesson on the brewery, four beers for tasting in souvenir glasses (soft drinks for children) and the opportunity to ask additional questions of your expert tour guide. Now, if you’d rather come without the kids, the Happy Hour 6 to 11 p.m. every Friday is so hip that it’s frequently hip-to-hip. There are no tours on Friday, but there’s no cover charge, either.

The Museum at FIT

The cutting-edge fashion of today will be museum-worthy someday. So it is with the trends of every era, and the past 200 years of evolution and revolution are chronicled at the Museum of FIT. That’s an acronym for Fashion Institute of Technology, which provides complete liberal arts educations but focuses on fashion design, business practices and innovation.

Adore Dior? Loco about Coco? The museum, on Seventh Avenue, is must-see if you fancy fashion. All of the great designers dating to the 1700s are represented in the museum’s permanent collection of 50,000 articles. (Think you have a lot of shoes in your closet? The museum owns 4,000 pairs.)

But the permanent collection is only part of the experience for visitors to Museum at FIT, open to the public Tuesdays through Saturdays. There are special tours, special exhibits and a calendar full of symposia, lectures, book signings and much more. And it’s always free.

Have you heard of the High Line? It’s a free, beautiful public greenway cultivated entirely on a former West Side railroad viaduct.

The city owns the space, but the mile-long park is supported and operated by Friends of the High Line, a nonprofit agency formed in 1999 to save the historic elevated tracks from demolition. The elevated park stretches from Gansevoort Street in the Meatpacking District north above Chelsea, around the West Side Rail Yards will allow for extension of the park to 34th Street between 10th and 12th avenues.

The park milieu still includes portions of the tracks that were built in 1934 largely to serve meatpacking companies and delivered the last batch of frozen turkeys in 1980. A pebble-cement walking paths unifies the entire span, the High Line is mostly green, including carefully planted combinations of species intended to replicate plants that grew in the wild along the abandoned tracks.

Obviously the park offers spectacular views of the Hudson River and the skyline. But beyond that there’s an event calendar full of organized activities for children and teens, movies, musical performances, stargazing sessions and much more.

The park—which allows wheelchairs but not bicycles—has nine entry points and elevator access.

The Metropolitan Museum of Art houses astonishing collections of important artwork from all over the globe dating to ancient times. The museum is well worth the $25 adult admission. But if your budget discourages that visit, or you’re simply having too much fun in Midtown to venture up Fifth Avenue to the 80s, there’s another option.

The public art at Rockefeller Center includes two of the most famous statues in the United States and collectively is one of the best free attractions in Midtown.

Outside the main entrance to Rockefeller Center, a 45-foot-tall representation of Atlas depicts the defeated Titan serving his punishment, carrying the heavens on his shoulders. The 7-ton statue, on Fifth Avenue across from St. Patrick’s Cathedral, was created by Lee Lawrie and unveiled in 1937. The Atlas figure, almost 16 feet tall, stands upon a granite base and bears concentric rings upon its shoulders that resemble orbital paths.

The dominant centerpiece of the lower plaza is a gilded, 8-ton interpretation of Prometheus. The 18-foot statue was created by noted sculptor Paul Manship and unveiled in 1934. Prometheus is depicted falling through a zodiac ring onto a rock to which he has been condemned for giving the world fire. One of the most photographed attractions in New York City, Prometheus especially shines in the holiday season, positioned below the Rockefeller Christmas tree on the upper plaza and as backdrop for the lower plaza ice rink.

Other noted works include News, Isamu Noguchi’s stainless steel bas-relief over the front entrance to The Association Press Building at 50 Rockefeller Plaza and American Progress, a mural featuring Abraham Lincoln, Mahatma Gandhi and others inside the main lobby at 30 Rockefeller Plaza.

More than 60,000 people ride the Staten Island Ferry every day. It’s a necessity for commuters, but it’s also an essential experience for vacationers because of its prominence in popular culture. It’s also free.

In case you’ve never seen Working Girl, The Secret of My Succe$s, Friends, Sex in the City, Law & Order or even I Love Lucy, the Staten Island Ferry is a passenger ferry between Lower Manhattan and the borough of Staten Island. The boats make 109 trips back and forth across Upper New York Bay, departing every half-hour (every 15 minutes during rush hour). The 5.2-mile trip takes about 25 minutes.

Whether you ride for a purpose—to visit underrated Staten Island attractions such as the Chinese Scholar’s Garden or Staten Island Zoo—or just to check it off your to-do list, the Staten Island Ferry is well worth your time investment. And, as mentioned, your only investment is time.

So there you have it—great free New York City attractions. Include them in your budget-conscious planning for your New York getaway and you’ll feel like king of the hill, top of the heap.

Free Things to Do in New Orleans 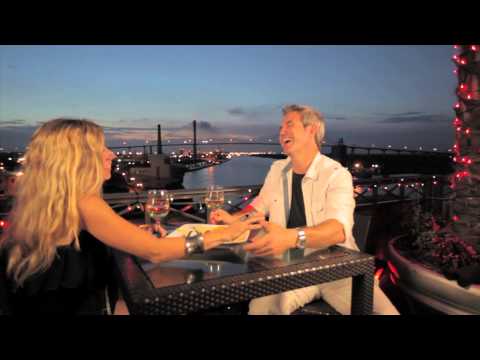