Bruce Frederick Joseph Springsteen grew up in Freehold and Asbury Park on the Jersey Shore. Two of his childhood homes still stand, as do the schools he attended. And then there are the places and streets where he sweated it out in search of a runaway American Dream. For Springsteen fanatics, these are all must-see locations. Plan a getaway to New Jersey and enjoy some glory days—all just 90 minutes from Bluegreen at Atlantic Palace in Atlantic City, N.J.

Springsteen’s first home was located at 87 Randolph St., where he spent most of his early childhood. The house was eventually torn down and made into a parking lot for St. Rose of Lima Church.

In 1955 the Springsteen family moved into the left side of a duplex at 39 ½ Institute Street. Bruce lived here with his parents and sister for eight years.

Springsteen attended high school while living at 68 South St. until the family left for California in 1969 … Bruce stayed behind. Local lore says that the screen door at this this house was the same one that slammed as Mary’s dress swayed in the song “Thunder Road.”

Springsteen continued his musical education at Vinyard Park, corner of Center and Jackson Streets. This is where Bruce and his first band, the Castiles, practiced.

One of Bruce’s favorite restaurants was Federici’s Pizza, 14 East Main St. In 2004 he shared a pizza with a group of fans in town working with Habitat for Humanity.

In the world of nightclubs, The Stone Pony, located at 913 Ocean Avenue, is one of the most famous. Springsteen has played this venue more than any other in his career.

Madame Marie, the fortune-teller on the Asbury Park Boardwalk, told Bruce his future was bright. She was right! She has since passed away, but Madame Marie’s Fortune Telling Booth still welcomes walk-ins. Come see the landmark that inspired “4th of July Asbury Park (Sandy)”—and have your fortune told.

After seeing a postcard on the Asbury Park Boardwalk, Springsteen told Columbia Records he had a great idea for the title for his first record. “Greetings from Asbury Park, N.J.” was released in January 1972.

When Clarence Clemons wandered into the Cruisin’ Dance Club, 911 Kingsley St. to hear Springsteen perform it was known as the Student Prince. The singer and saxophone player met, jammed together and as they say, the rest is great music history.

Belmar
Corner of 10th Avenue and E Street, sounds like a great name for a band. If you’re a fan and in the area, this street corner is one photo opportunity you can’t afford to pass up.

For Springsteen fans, this area truly is “The Promised Land.” 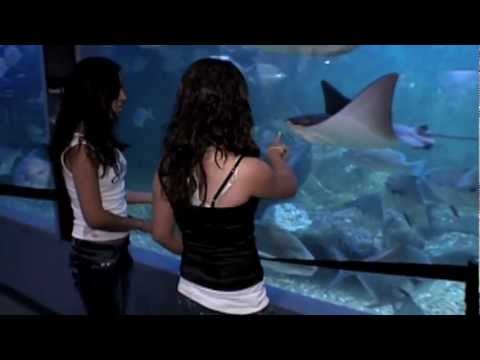