A Nation of Service: The Veteran’s Museum of Branson

The Veteran’s Museum of Branson came about, as many worthy projects do, as the result of stories a boy heard at his father’s knee. For young Fred Hoppe, his dad’s service in World War II was an inspiration as well as a great adventure story, and as he grew up, the idea of honoring veterans of his father’s generation never left him. Although Hoppe became a well-known sculptor rather than a war hero, the idea of a monument, a tribute, always remained his focus. Finally in the last years of the last century, Fred Hoppe set about making his dream come true.

The Veteran’s Museum of Branson: The Dream Comes Alive

Turned down for grants and other funding, Hoppe decided to build a veteran’s museum—and, if he must, to do it himself. He found the relics, collected the exhibit materials, and interviewed veterans from all conflicts in the 20th century to make a museum that was complete, factual, comprehensive and awe-inspiring. His hard work resulted in the opening of the Veteran’s Museum of Branson, which opened in 2000 at 1250 West Highway 76 in Missouri’s tourism epicenter.

For veterans of America’s Armed Services who lived through these wars, and just as important for those who didn’t, the Veteran’s Museum of Branson provides a kind-of “you are there” perspective on World War I, World War II, the Korean Conflict, the Vietnam War, and Operation Desert Storm. Whether you served, knew someone who served  or merely support all who wear the uniform of the United States of America, the Veteran’s Museum is just as informational as it is inspirational.

At the Veteran’s Museum of Branson, you’ll feel as though you’ve met the men and women who wore these uniforms, sailed aboard these ships, fired the weapons, flew the planes and were decorated with these medals. Ten great halls cover the wars and conflicts fought during the 20th Century. Each hall features dramatic and thought-provoking artifacts that tell the story of each conflict. The names of the men and women killed in these actions are permanently inscribed on the museum walls to pay a silent tribute to their sacrifice. The names of the men and women killed in action in WWII, Korea, Vietnam, Persian Gulf, and recent conflicts of the 20th Century circle these walls — some 400,000 names from World War II alone.

Inside The Veterans Museum of Branson

The world’s largest memorial bronze sculpture is the centerpiece of the museum, crafted by Hoppe himself. Featuring 50 life-size statues storming a beach, the bronze weighs 15 tons, is 70 feet in length and depicts life-size figures modeled after a combat soldier from each of the 50 states. Sculptor Fred Hoppe didn’t leave out Dad, either. Fred Hoppe Sr. is depicted as the lead soldier in this work of art.

Every vacationing family should include this museum in with all the other top things to do in Branson, The Veteran’s Museum of Branson is open daily except Christmas, from 9 a.m. until 5 p.m. During the busier summer season, museum hours are extended until 7 p.m. Naturally, American veterans get discounted admissions.

Learn About The Veteran's Museum
Branson, Missouri
65615
US
Before you share, please note that this article may contain outdated information.
Share This Article

Ziplines: Add a Little “Zip” to Your Vacation! 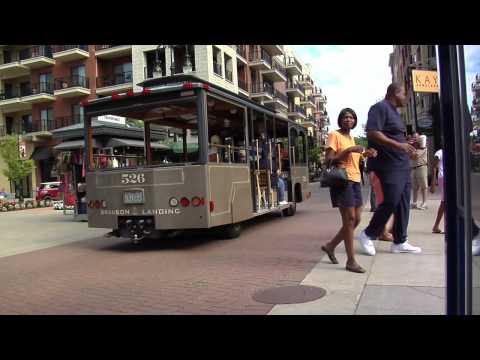