The Ford Mustang is a classic American sports car. Back when the “1964 1/2 “ model rolled off the Ford Motor Company assembly line, it became the automaker’s most successful launch since the Model A. Since that time, the Mustang has undergone a number of design changes and is currently in its fifth generation–a testament to the enduring appeal of this iconic “pony car” class of automobiles that feature long hoods and short rear decks.

You can view the evolution of this legendary auto up-close during Mustang Week, an annual event in Myrtle Beach that draws thousands of Mustang owners and fans to a week of showcase venues, cruise-ins, car shows, awards ceremonies, drag nights and meet-and-greets held at Broadway on the Beach, The Palace Theater, Myrtle Beach Speedway, Myrtle Beach Mall, Ocean Boulevard and more.

This year, Mustang Week starts off on Tuesday, July 14, with a meet-n-greet from 9 a.m. until 2 p.m. in the north parking lot at the Palace Theater at Broadway at the Beach. Last year, over 600 Mustangs filled the lot, to the delight of the thousands of Mustang enthusiasts who attended. You’ll see all types of Mustangs, from classics and pristine show cars, to specially-built drag cars, high-performance SVT Cobras and others. You’ll also get a strong sense of the community that these enthusiasts share, built on their common passion for all things Mustang!

On Wednesday, July 15, the day’s event heads west from the beach to the Myrtle Beach Speedway, where a full day of speedway fun runs, autocross and the official Mustang SVT burnout contest at 6 p.m. Fun run participants get to go out on this NASCAR-sanctioned, ½ mile oval track one car at a time to get in a few laps at their own pace. The autocross event gives drivers the chance to test their driving skills and their Mustang’s handling ability. The burnout contest pits high-performance Mustangs against each other as they rev up their engines and heat up their wheels to generate the largest, showiest amount of burnout smoke, to the delight of the crowds.

Stick around after the burnout contest and catch the “Wheels of Destruction” Thrill Show at 8 p.m. for free–it’s a heart-pounding roller coaster ride of flaming explosions, wrecks and racing, with fireworks, stunt cars, freestyle motocross, bus racing and more!

Day three of Mustang Week starts at 9 a.m. with the 5.0 Mustang and Super Fords Dyno Challenge at the Myrtle Beach Mall, located at the north end of Myrtle Beach along the Intracoastal Waterway.

Later that day, Mustang Week heads 90 miles inland to the Darlington Strip, located in Hartsville, South Carolina. The fun starts at 12:30 p.m. on this IHRA-sanctioned ¼ mile track, where Mustang owners can watch the fun or even take part in a pass in a test-n-tune format, so they can take as many runs as time allows. Most of the Mustang Week sponsors and vendors will be on hand , too, adding to the excitement of this event.

Mustang Week’s 10th Annual Car Show takes place Friday, July 19 back at the Myrtle Beach Mall. Last year’s show featured over 500 cars, and over 8,000 spectators! The show is open to all years of Ford-powered Mustangs and Mustang SVTs, but as of the writing of this article, the show is sold out and can’t accommodate any more participants–there are a lot of proud “Pony” owners out there! The cars range from classic Mustangs to the latest models to roll off the assembly line, plus custom-built models and everything in-between.

Participants are judged on overall cleanliness and quality of presentation of their car’s interior, engine, body, wheels, tires. Mustang Week ends with the Car Show awards presentation at 3 p.m.

Don’t miss out on this week-long summer celebration of an American classic at one of America’s top family-fun vacation destinations–Myrtle Beach!

Do the Charleston: Winter Fun in South Carolina

Ways to Play in Myrtle Beach

Landing the Big One in Myrtle Beach 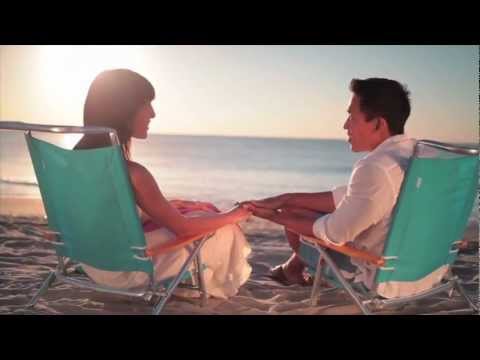