Quick: Name the location of the pro tennis tournament previously known as the Lipton International Players Championships, the Ericsson Open, the NASDAQ-100, the Sony Ericsson Open and the Sony Open. Unless you’ve been a close follower of year-round pro tennis (not just the Grand Slams) or live in South Florida, you might need to Google the answer. Which is: Miami. And more specifically: Cranston Park on Key Biscayne, home of the newly renamed Miami Open.

Corporate name sponsorships are commonplace in major professional tournament sports nowadays, especially tennis and golf. In addition to unimaginable fees paid in exchange for naming rights, such sponsorships bring high brand prestige to these events. But sometimes the price is instant geographic association. That’s no longer a problem for the Miami Open, which in 2015 will take place from March 23 through April 5. The new presenting sponsor of this important hard court tournament, a large Brazilian bank with a significant downtown Miami presence, decided the city’s name, and all it implies, lends sufficient enough stature.

After all, when you think about Miami, you think about world-class restaurants and nightlife. You think about interesting shopping boutiques, sophisticated cultural diversity and cutting-edge museums. You think about unique neighborhoods like the Wynwood Miami Arts District and Espanola Way. And of course you think about great beaches—not the least of which happens to be minutes from the tennis venue, at Bill Baggs State Park right on Key Biscayne.

The question almost becomes: Do the tennis and overall fan experience at this tournament live up to the Miami name brand?

The answer, of course, would be a full-throated yes.

Every year, the field is packed with the top men’s and women’s players in the world. On the men’s tour, it’s an ATP World Tour Masters 100 event, which means it’s one of the nine most prestigious tournaments in the world outside the Grand Slam (Australian Open, French Open, Wimbledon Championships and U.S. Open). On the women’s tour, it’s likewise one of the most prestigious non-Slam events—one of only four that pay out a total purse of $4.5 million.

For fans, the party atmosphere at Cranston Park is virtually unmatched anywhere on the men’s or women’s tours. More than 300,000 have attended the tournament each of the past five years. DJs entertain sellouts at the 14,000-seat Stadium Court, where the crowds usually include countless A-list celebrities from the sports and entertainment worlds. Outside the main court, food and drink venues offer fans the diverse selections expected in such a cosmopolitan setting. There’s also an entertainment stage where fans can enjoy live acts and player appearances.

Historically, the list of tournament winners constitutes an all-time who’s who.

Other notable past winners are Mats Wilander (1988), Jim Courier (1991) and Michael Chang (1992). Agassi, Sampras, Lendl, Wilander, Courier and Chang all are in the International Tennis Hall of Fame. Someday Djokovic, Federer, Murray and Roddick will join them.

The competition in the early years was so fierce that Gabriella Sabatini broke through just once (1989). And who better to usher in a tournament of this significance than the first two champions, Martina Navratilova (1985, when the tournament site was Delray Beach) and Chris Evert (1986, at Boca Raton).

The women’s field of the 96 also is elite. The Williams sisters are expected to compete, as are Maria Sharapova, Caroline Wozniacki, Ana Ivanovic and 2012 champ Agnieszka Radwanska. Two young Americans on the rise, Madison Keys and Sloane Stephens, also are expected to play.

Attending a Grand Slam event is surely on every tennis fan’s bucket list. But if that isn’t attainable, consider the Miami Open. Among next-best options, from first serve to championship point there’s no better tennis experience anywhere in the world.

ATP World Tour Masters 100 Event
Miami, Florida
33149
US
Before you share, please note that this article may contain outdated information.
Share This Article

What to Do: 7 Days on a Disney Family Vacation in Orlando 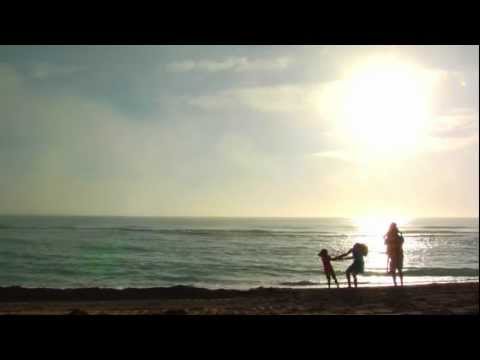