A Las Vegas vacation desn’t have to be all about slot machines and entertaining variety shows. The surrounding desert can be just as intriguing as the world-famous casinos (and often less costly), particularly when you head just 30 miles southeast from your Bluegreen Club 36™ resort to visit one of the Seven Engineering Wonders of the Modern World: The Hoover Dam.

With more masonry mass than an Egyptian pyramid, this massive dam rises 726 feet above the Colorado River below and created the massive Lake Mead, which is the largest manmade lake in the Western Hemisphere. Hoover Dam has enabled Las Vegas and the rest of the southwest to become a viable oasis, providing water to nearly 20 million people throughout the region, while also converting water into electricity. Each year more than a million visitors tour the dam and millions more drive across it.

The Hoover Dam was born of the last Depression, with construction starting in 1931. There were two goals: The first was to create a tool to both tame and utilize the Colorado River—the waters of which began as snow melting off the Rocky Mountains—which ran haphazardly through seven states, often flooding everything in its path. The second was to create jobs for the masses of unemployed people across the country.

Hoover Dam, which was originally known as Boulder Dam, was a success on both counts. The project brought 21,000 workers to Southern Nevada. They started from scratch, living in shantytowns or sleeping in cars. Before long, the dam and the town of Boulder City began to arise around them. Conditions were brutal. Temperatures would reach 120 degrees in summer months, and wages were equal to about $4 per day, while workers toiled 24 hours a day 363 days a year. Still, the project was an enormous success, finishing in 1935, both ahead of schedule and under budget.

Today, after more than 75 years, the Hoover Dam is still considered a feat in both construction and art. Art Deco accents can be seen around the dam and on its towers and spillways, and artistic highlights include terrazzo tile flooring, statues such as the “Winged Figures of the Republic” and more. Hoover Dam has been named among the Top Ten Construction Achievements of the 20th century and the Civil Engineering Monument of the Millennium. Visitors can get stunning views just by parking and walking across the bridge.

Tours of the Hoover Dam

The greatest views of the Dam come from within. There are two tour options. The 30-minute Power Plant tour begins with an introductory film in the Visitor’s Center before an elevator descends 530 feet into what feels like Middle Earth. There, you walk through rocky tunnels dripping with water, past giant generators and into a room where you can actually feel the pressure from 80,000 gallons of water per second rushing below you.

If you opt for the more in-depth Hoover Dam Tour, you’ll continue even deeper into the dam, down a dark and narrow hallway to a ventilation shaft that peers out into the center of the dam. There’s no better way to literally feel the heft of the 6,600,000 tons surrounding you. The Hoover Dam Tour lasts an hour compared to the Power Plant Tour, which is a half hour, and neither tour is recommended for people with claustrophobia, pacemakers or defibrillators.

While touring Hoover Dam during your vacation, you’ll also be able to see the latest construction marvel: The Hoover Dam Bypass Bridge, which opened to traffic in October 2010. Nearly 2,000 feet long, the bridge spans Nevada and Arizona and was built to divert traffic away from the dam. The project took eight years and cost $240 million.

When you’re done touring Hoover Dam, take a 30-minute drive to Las Vegas and Bluegreen Club 36™ resort, located just minutes off the Strip. Keeping with the theme of the Dam, the resort was built as a tribute to Art Deco, lavishing its guests in the ultra modern amenities that have distinguished us from all others.

Make Your Escape in Vegas at Bluegreen Club 36

EcoAdventures: Exploring Miami and Beyond 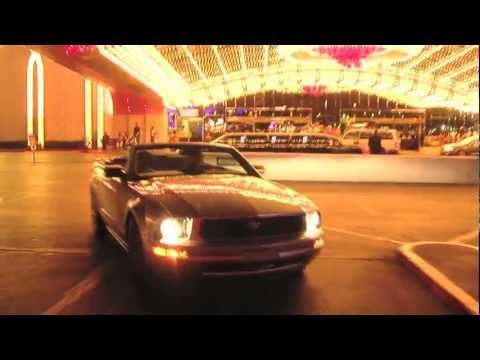