Savannah, Georgia, one of the true capitals of Southern hospitality and culture, likes to embrace the nickname “Hostess City of the South.” Savannah-ites, some more reluctantly than others, also have come to terms with the fact their beloved home also might be the “Ghostest City of the South.”

You don’t have to spend much time around this city or its residents to understand that here the paranormal is the normal. Haunted tours take place daily. Amateur or professional ghost hunters show up all the time. Almost every pub on or near the river claims a resident ghost or ghost story.

And why not? If ghosts are spirits whose physical lives were connected to some sort of tragedy or skullduggery, could there be more fertile territory than Savannah? The city’s been around almost 300 years. Its history is a patchwork of mournful events big and small. Its lore is rich in tales of riverfront carousing and corruption, not to mention coldblooded duels and barbaric hangings.

So, if by now you’re not too frightened to step outside your villa at  The Studio Homes at Ellis Square, you might as well get with the spirit(s). Take a tour or—if you dare—go on your own, but explore the spooky side of Savannah.

Wright Square is a good place to start. It’s where the original colonists hanged their criminals. It was where they hanged Alice Riley in 1735. It’s where folks today swear she still searches for the baby she delivered in a stockade minutes before execution and never held in her arms.

Alice, an indentured Irish immigrant about 20, was found guilty of murdering the baby’s father, her cruel and serially abusive master, William Wise. She and her common law husband drowned the rich aristocrat. They quickly were captured and tried, and Alice’s accomplice was hanged in Wright Square.

When authorities learned she was expecting Wise’s child, they postponed Alice’s execution and she lived imprisoned for eight months. Finally, she, too, was dragged off and hanged amid the live oaks in Wright Square.

P.S.: The spot of her execution is barren of the Spanish moss that usually grows thick on the oaks. It’s said Spanish moss does not grow where innocent blood has been shed.

Another famous “haunt” just blocks from Studio Homes, the renovated Planters Inn hotel on Reynolds Square is believed to be frequented by multiple ghosts, spectral and full-bodied alike.

The structure was built in 1812 on the site where young immigrant cleric John Wesley lived briefly in the 1730s before returning to England and founding the Methodist Church. Originally a private residence, the building was transformed into a hotel that bore Wesley’s name but later became Savannah’s most notorious brothels.

Ultimately reopened after a 1982 fire, the hotel’s permanent “guests” today are said to include a woman often seen rearranging wall art in the halls. She’s said to be one of the twin daughters of the original builder.

This popular restaurant and nightspot once was a famous hotel whose guests included James Audubon and the Marquis de Lafayette. Now its “guests” constitute arguably the densest presence of haunting hotspots in the entire Savannah spirit world.

And as with Wright Square and the Planters Inn, if the experience leaves you running scared, you won’t have far to run to reach the safety of Studio Homes.

One of the Planters Inn spirits is said to be that of James Stark, who walks in perpetuity down the same staircase on which he was shot dead. Another regular staircase occupant is said to be the angry culprit behind people’s “falling” down those steps.

Then there’s the famous woman in white seen regularly on the third floor and the frequent giddy voices of unseen children.

When you also consider the countless reports of shadow sightings, bottles “thrown” from shelves and other harrowing hi-jinks, it’s easy to imagine why ghost experts call Moon River Brewing Co. one of the single most haunted habitats in the entire country.

Did the real-life pirate who inspired Robert Louis Stevenson’s “Captain Flint” in Treasure Island really die in an upstairs room of this legendary haven for high seas adventurers? History and lore disagree. But either his ghost—or the ghost of someone like him—can occasionally be “seen” drawing aside the window curtain of the unoccupied room to peek out.

The Pirates’ House, now a 15-room restaurant. It dates to 1753, but a small adjacent structure—the oldest still standing in Georgia—was built in 1734 of bricks fashioned by English colonists in 1733, the year of their arrival.

The Pirates’ House was built on land that first served as the community garden for first U.S. planned city. It was America’s first “Garden Spot.” Among other crops, that garden produced the first peaches now synonymous with Georgia.

But as seaport commerce grew, more buildings began to sprout along the riverfront. One became a notorious gathering spot for sailors and sinners—some of whom apparently still haven’t left.

A little farther away from Studio Homes is Bonaventure Cemetery. You’ll certainly enjoy the sculpture and architecture for which the cemetery is known worldwide. And if you’re among the specially attuned, you might also experience a wider variety of haunting experiences there than anyplace else in Savannah.

These are but five of the venues that in 2003 led the American Institute of Paranormal Psychology to declare Savannah “America’s Most Haunted City.” There are countless more, but if by now you’ve had your fill of phantoms, don’t worry. There are so many other things to do in Savannah.

Visit a museum. See a play. Catch a Minor League Baseball game or women’s roller derby contest. Go to the beach on Tybee Island. Even spend a day enjoying the resort amenities and comfort of The Studio Homes at Ellis Square. Those places all couldn’t be full of haunted … or could they?

The Best of Savannah Bucket List: History, Art and Riverboats

History Along the Freedom Trail 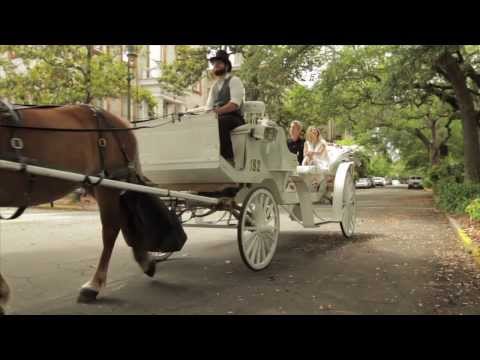