When you’re ready for a romantic dinner while vacationing in St. Augustine, Florida, look no further than Harry’s Seafood Bar and Grille. Located right on A1A, across from the Bridge of Lions and the bay, Harry’s offers two surprises: a traditional New Orleans menu and the most inviting of patios in all of St. Augustine.

Hidden behind a wall, the patio at Harry’s is tucked beneath several large oaks, strung year-round with Christmas lights. The patio area—accessible from either the waterfront side of the property, or a back gate—adjoins a beautiful colonial home in which the restaurant is located. Harry’s patio is a little nirvana for anyone seeking beautiful ambiance.

Best of all, this is one of the finest seafood restaurants in Florida, but with a twist. You certainly don’t expect tantalizing New Orleans cuisine in Florida, but the chef at Harry’s tempts and delivers. Harry’s Louisiana-style food is the real deal, totally justifying the restaurant’s website name: HookedOnHarrys.com.

The appetizer list reads like Bourbon Street: shrimp and crawfish fondeaux, gumbo, Voodoo shrimp, Harry’s signature crab cakes and she-crab soup. Save room for the entrees, though, because you’ll practically want to dive in to the red beans and rice with sausage. It’s so good.

Blackened redfish—a New Orleans favorite—can be served blue-crab crusted. Jambalaya and fried oysters will also vie for your attention. And did we mention bananas foster and mud pie?

Don’t worry about calories: most people arrive at St. Augustine restaurants by foot. After hours of leisurely exploring this beautiful, historic city, you’ll be ready for a seat and some hearty food.

Live music is also on the menu at Harry’s. One of several acoustic guitarists and vocalists is likely to be playing during the evening. The open-air patio is perfectly suited to ambient music, and this delightful Cajun restaurant is going to score high in any guide to restaurants.

There’s a good chance you’re going to St. Augustine for its Florida golf resorts. There’s no better way to end your day than visiting the best seafood restaurant in the area. And what a bonus: you won’t find a cozier environment in which to enjoy a bite and a cocktail. Craft beers, wines from around the world and martinis round out the drink menu.

The music is an easy way to find this hidden gem; it wafts out from above the patio walls. Tucked in between Avenida Menendez (the waterfront street where all the horse-drawn carriages line up) and Charlotte Street, Harry’s is just north of Cathedral Place and south of Treasury. The back gate opens onto the patio, and the hostess stand is inside the restaurant.

Legend has it that Harry’s was named for the 50:1 racehorse upon which the original owners bet and won the cash necessary to fund their dream. One thing’s for sure: the patrons are the winners now. So, open the gate, take a seat and Laissez Les Bon Temps Rouler … Let the Good Times Roll!!!

5 Free Things to Do in Orlando 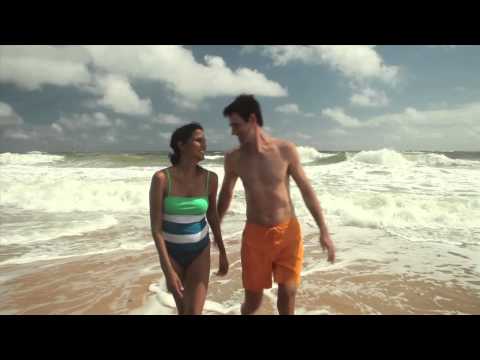