Tarpon Springs is all Greek to you

Who knew a person could drive 100 miles from Orlando, or 50 from St. Pete Beach, and arrive in Greece? Thanks to the intriguing city of Tarpon Springs on Florida’s west coast, an authentic Greek holiday is not only possible, but easy to enjoy. Sure, if you’re on vacation, you probably recognize that Disney World®, and Universal Studios are worlds of their own, but so is Tarpon Springs. Its population includes the highest percentage of Greek Americans in the United States.

Tarpon Springs’ unique heritage sprang to life in the historic riverfront area still called the Sponge Docks, where boaters brought harvests from local bayou waters for pressing, warehousing and distribution. The discovery in 1873 of easily accessible shallow-water sponge fields drew spongers to the area from the Florida Keys and elsewhere. A fledgling industry soon emerged, as did support industries around it. By the turn of the century, Tarpon Springs had become the most important sponge-producing port in the world—outproducing islands off Greece, which had been regarded as the world leader literally since ancient times. Traders came to Tarpon Springs from all over, including a young buyer from New York named John Corcoris, a Greek immigrant who brought old world expertise and new ideas.

Corcoris’ ancestors had been prominent sponge traders for hundreds of years. His experience told him while shallow-water sponging was profitable,  even more bountiful yields of even more desirable varieties lived in unexplored deeper waters—just as they do off Greece. Up till then, local spongers had been collecting harvests from boats using hook-ended poles long enough to reach the shallow beds. Corcoris developed a means of retrieving sponges from the richer, deeper beds—by diving for them,  as was done in Greece. In so doing, he revolutionized the industry.

In 1905, he mechanized a fishing boat and bought a used diving suit with an oversized steel helmet with glass face portal and a air tube. But he needed experienced divers—and knew where to recruit them. Within two years, more than 1,500 of the best divers in the world had emigrated from Greece to Tarpon Springs. Their families followed, as did merchants, clergymen and others who relied on them for continued livelihoods. Many merchants found success by expanding business beyond serving only their countrymen, especially the restaurant operators. By introducing baklava, gyros and kebabs to non-Greek residents of the growing city and to vacationing Northerners, they helped integrate Greek culture into the community.

Sponging in Tarpon Springs survived a major hurricane and the Depression. It survived a blight in the late 1930s that killed many sponges and  a wave of toxic algae in the late 1940s that set it back for almost a decade. But it survived and exists today—although some of the historic riverfront buildings serve as points of interest for tourists drawn to the present-day Sponge Docks by its restaurants, shopping and ambience.

Greek culture plays an integral role in that ambience.

In addition to learning how sponges are cut and dried, when you visit to the docks you also can watch cigars being hand-rolled. And of course, you can enjoy a casual, but memorable, meal. Pastry cases are the signature of the popular Hellas Restaurant and Bakery and Hellas Bakery & Pita. At Hella’s Restaurant, you can dine outdoors on the Anclote River waterfront as the commercial vessels pass by. Rusty Bellies, which also has a scenic outdoor deck, operates its own fishing boat, guaranteeing you fresh seafood. Also in the Sponge Docks district, Costa’s offers fresh seafood and old Greek classics such as gyros, souvlaki, lamb, and stuffed grape leaves.

Other noteworthy Tarpon Springs attractions include the beautiful, Byzantine Revival-style Saint Nicholas Greek Orthodox Cathedral, site of the largest Epiphany celebration in the United States;  Spongeorama Sponge Factory, with free educational movies every half hour; the art and historical exhibits at the Tarpon Springs Cultural Center, and a historic downtown, with 130 antique dealers represented in about 20 shops. Four tour boats depart regularly, offering sponge-diving or nature tours. And speaking of nature, this bayou city, with its endless inlets, is paradise for canoeists and kayakers.

Thanks in large part to the Greek influence, Tarpon Springs is cultural and historic and fun and romantic, all at once. Opa! 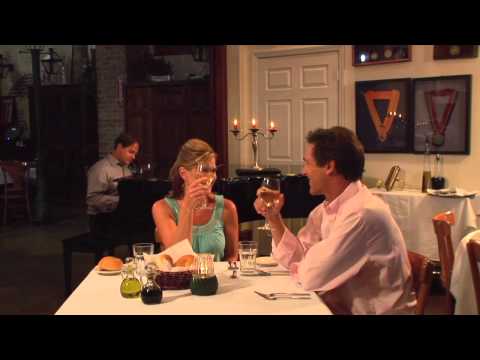