12 Things You Need to Know About Cape Cod

If you’re planning a Cape Cod vacation and have never traveled here before, you’ll be visiting a place maybe unlike anyplace you’ve been. It’s America, but a vaguely different kind—a kind you’ll come home wishing could spread coast to coast. It’s all small towns, though more touristy than others, and friendly merchants who are your neighbors, and beaches, and lighthouses, and whales, and authentic, hardworking people, and thick woods. And seafood—lots of great seafood.

You’ve probably researched your Massachusetts vacation enough to know where to find the top attractions on Cape Cod, the top beaches on Cod, the best seafood on Cape Cod, and all that stuff. But here are 12 suggestions you might not have heard but will at some point be helpful.

The only ways to enter this paradise by car are two Cape Cod bridges built during the Depression. If you’re traveling with at least one other experienced driver, trade driver and passenger roles as you arrive and leave the Cape. Anyone in the vehicle not behind the wheel and focused on traffic should take in the scenic views from either bridge as you pass over the Cape Cod Canal. You’ll take the Sagamore Bridge if approaching from Boston, the Bourne Bridge from Providence or points south.

Other bridges elsewhere may offer aesthetically prettier views, but with these two, the experience is more than visual. Allow yourself to take it all in, the scenery combined with the visceral feelings it inspires. These bridges are passageways, but they’re also lines of demarcation. As you cross them, you’ll find yourself excited about entering a magical place… or sad about leaving it.

Understand How to Beat (and Not Join) Heavy Traffic

Unless you plan carefully, you might spend altogether too much time bumper-to-bumper en route to, or on, your favorite bridge. Avoid travel to or from the Cape in the daylight from 2 p.m. Friday through 7 p.m. Saturday. And in the summer, target Sunday arrivals on the Cape for either before 8 a.m. or after 11 a.m., and departures from the Cape for either before 2 p.m. or after 7 p.m.

Ignore What You Know about Basic Directions (and Logic)

It seems logical to interpret “Upper Cape” as places like Wellfleet, Truro and Provincetown at the scorpion tail, and “Lower Cape” as Falmouth and Mashpee, just up the road from Providence, Rhode Island. Well, you’ve got it backwards. To locals, “Upper Cape” means closer to the mainland than “Lower Cape.”

Take Route 6A Whenever You Can

Choose this northern, bayside route whenever you have any excuse. You can pick it just off the Sagamore Bridge and follow it, in sections concurrently with U.S. 6, all the way to Provincetown. Also called “The Old King’s Highway,” 6A passes some of the Cape’s loveliest scenery, less-touristy towns, and must-stop shops and eateries. It passes some of the best beaches as well, including Sandy Neck on Barnstable Harbor and the highly underrated Harborview Beach on Sesuit Harbor in Dennis.

Take Route 28 Only When You Must

This southern route enters the Cape over the Bourne Bridge and eventually hugs the Nantucket Sound coast before curling at Chatham to eventually merge with Route 6A in Orleans. Avoid it except for local traffic, and take the parallel U.S. 6 when crossing the Cape instead when pursuing a destination on the southern coast like Hyannis or Dennis Port. Route 28 is more kitschy and touristy than 6A. It’s also far more congested, passing the Cape’s only municipal airport and serving as main highway through some of the Cape’s densest population centers.

Roundabouts, or “rotaries,” are abundant in Massachusetts, and there are several on the Cape, including in areas of steady and congested traffic. In Orleans on the Lower Cape, for example, Routes 28 and 6A now merge at a roundabout. Understand the basic rules of roundabouts so you may drive cautiously but decisively. Reduce your speed entering the roundabout. Always yield to cars already in the circle. Stay in the right lane if you’re exiting straight ahead. Never stop inside a roundabout, even to accommodate an emergency vehicle as you otherwise would; stop once you’ve exited. Also, give other others a read on your intentions by signaling before exiting.

Leave Room When Packing Your Luggage for Stuff You’ll Buy

Once you’ve entered almost any charming, interesting-looking little boutique shop on the Cape, you’re a lost cause. You’re going to find that perfect, quirky, irresistible item— baseball cap, beach towel, wind chimes, handmade bird feeder, maybe some tchotchke for the mantle. Don’t fight it. Go with it. Make it a game—count the shops you exit with an armload while shaking your head, “I only went in there to browse.”

But no matter how smitten you might be with what’s on the shelves, half the fun of shopping on the Cape is who’s behind the counter. Getting to know the shopkeepers only makes your experience richer.

If you don’t take time to chat with the owners of Lemon Tree Pottery in Brewster, for example, you won’t learn that the dachshund paddling around their store, Butter, is fourth in a line of family dachshund/store mascots all named after table spreads (following Mustard, Peanut Butter, and Jelly). And If you don’t bother saying hello to the proprietor of the South Yarmouth clothing and clothing store Cape Cat, you won’t learn that he designed the now-copyrighted cat silhouette on his caps and T-shirts (shaped like the Cape, tail curling from Orleans to Provincetown) at age 11.

When someone directs you to a destination in Barnstable, it helps to get a little more information. Barnstable is a town on the Cape, but it’s also a village within the town, as is West Barnstable. (There actually are seven major villages in the town. The others are Centerville, Cotuit, Hyannis, Marstons Mills and Osterville. Hyannis Port, famous for the Kennedy Compound, is one of several smaller villages).

To add another layer to the fun, the Town of Barnstable is county seat of the county that encompasses the entire cape—also called Barnstable.

We’re not done with this topic yet. A couple towns down the Cape (remember what that means?) is Dennis. One of Dennis’ five villages also is called Dennis. The others are Dennis Port, East Dennis, South Dennis and West Dennis. (North Dennis? That’s a smaller village within the village of Dennis.)

For the record, the Cape has 15 towns: Barnstable, Bourne, Brewster, Chatham, Eastham, Dennis, Falmouth, Harwich, Mashpee, Orleans, Provincetown, Sandwich, Truro, Wellfleet and Yarmouth. Everything else is a village or smaller locality.

Those large hard clams on Cape Cod menus are spelled “Quahogs” are usually pronounced “KOH-hogs, although some prefer KWAW-hogs. If all that seems too much to remember, order the littlenecks instead. They’re just as tasty.

If you plan to go truly “all in” on immersing yourself in the Cape lifestyle, try to sample lobster rolls from as many different eateries as you’re able. Lobster rolls are a Cape Cod staple. Cape Cod lobster rolls are served everywhere, and most places that serve them really know what they’re doing. If you want proof, Google “best Cape Cod lobster rolls.” You’ll probably find the same handful of restaurants on many, but not all, Top 10 lists, but no unanimous No. 1 (the vote here is Sesuit Harbor Café) and no real consensus after that. Different lists will include different names. That’s a good thing.

Don’t Try to See it All on One Trip

Don’t rush through your visit (not that traffic will always let you) or try to see it all on one trip. You simply can’t, and on the busier days traffic on the Cape might just be a higher power’s way of correcting our 21st century urges otherwise. It allows you to pause long enough to realize there’s no point in trying to see it all on your first trip—that Cape Cod will lure you back again regardless.

Your first trip here is not a checkmark off the bucket list.

It’s the first drop into a big bucket you’ll find yourself wanting to fill drop by drop. 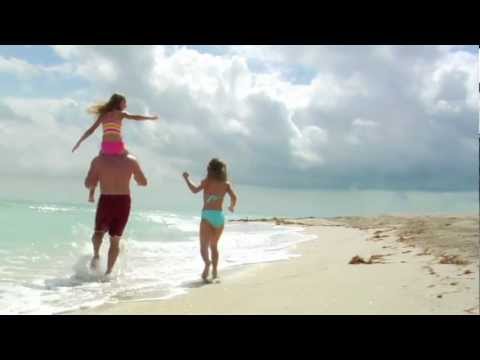